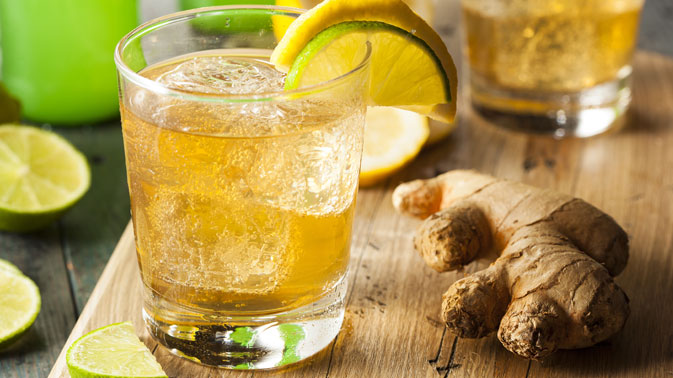 More and more people are discovering this hot, spicy soft drink as an alternative to high-sugar mainstream fizzy drinks.

To get it out of the way before we start, we just need to say that ginger beer is not a beer! Ginger beer is a carbonated, alcohol-free soft drink.

However, that has not always been the case. When ginger beer was created in 18th century England, it was still brewed in the same way as beer (hence the name). In a base of sugar, water and the ginger beer plant, special yeast fungi and bacteria fermented to create a drink with an alcohol content of over ten percent. At the time, the plants were widespread throughout the British Isles. Ginger beer was not just drunk in England; it was also exported to the North American colonies. The beverage was most popular just before the American Prohibition, when England was home to around 3,000 ginger beer breweries, with more than 1,000 in Canada and around 300 in the USA. On top of that, it was also often brewed in many private homes. However, when alcohol was prohibited, it disappeared from the beer too, followed by the demise of the beer itself.

In recent years, ginger beer has experienced a renaissance, old brands have been resurrected and new ones created, and not just in the USA and Great Britain. It can even be found in Germany, where the Purity Law prohibits the use of the designation Beer or Bier for this ginger beverage. In Germany, it is therefore known as “Ginger Brew”, “Spicy Ginger”, “Ginger B” or just “ginger beer-flavoured beverage”.