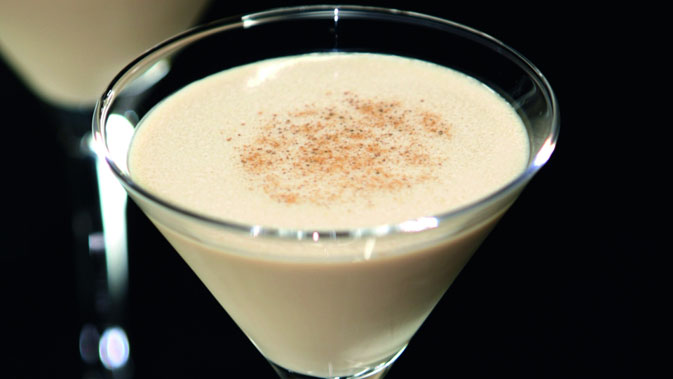 Preparation
Combine all ingredients in a shaker with ice cubes and shake well. Pour the cocktail into a cocktail glass filled with ice. Grate some fresh nutmeg on top.

History
Brandy Alexander was developed specifically as an after dinner drink at the beginning of the last century. It soon became more popular than its predecessor, the Alexander Cocktail, for which gin was used rather than brandy. "Brandy is dandy" was the slogan at that time in the upper classes of England and the Americas. The combination of brandy (in itself an excellent digestive liquor), fresh cream and Crème de Cacao is a soothing balm for the stomach even after the most sumptuous meal.